Mercedes-AMG Wins the Engine of the Year Award 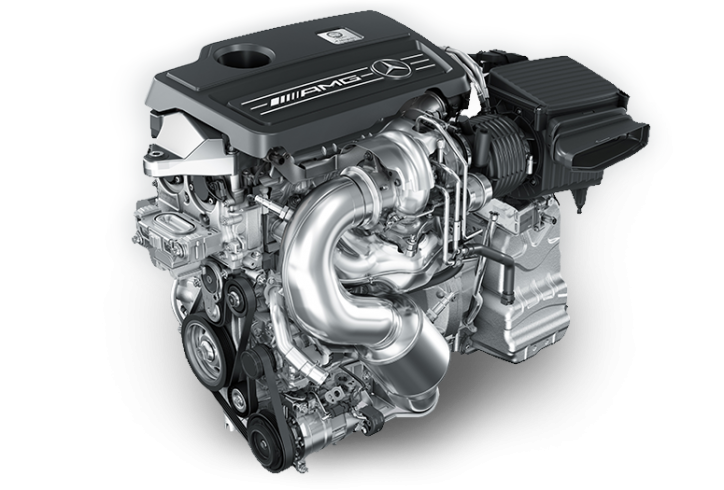 The Mercedes-AMG M133 is considered as the most powerful four-cylinder engine in the world.

Mercedes-Benz characterizes top of the line products that highlight safety, efficiency and performance. Luxury has also been tagged with the name of the brand due to its high-end vehicles and components.

On the other hand, the Mercedes-AMG brings the already-awesome products of the three-pointed star brand to another level. This is the reason why it is really hard to separate these two divisions of Daimler.

Products and services associated with Mercedes-Benz are no stranger to special recognition or awards too because of the above-mentioned facts. Recently, Mercedes-AMG was given two trophies at the Engine Expo in Stuttgart. The prizes were handed over to the performance division of Daimler for winning the Engine of the Year Awards for 2014.

The product recognized in the event was the Mercedes-AMG 2.0-liter four-cylinder turbo engine. The engine was awarded as the “New Engine 2014” and “1.8-liter to 2.0-liter”.

The product of Mercedes-AMG is currently considered to be the most powerful four-cylinder in the world that is why it was given the two awards. Notably, there were 36 and 42 participant who were listed from Europe, US and Asia, respectively.

The subject in the awards was the M133 design of Mercedes-AMG. The M133 is a four-cylinder petrol engine with turbocharging. It is based on the M270 engine of Mercedes-Benz. However, the performance and strength of the engine were cranked up to a higher level to achieve an output of up to 260 kW and 450 Nm of torque.