Mercedes 300 SL Owners Gather in a Historic Event in Munich 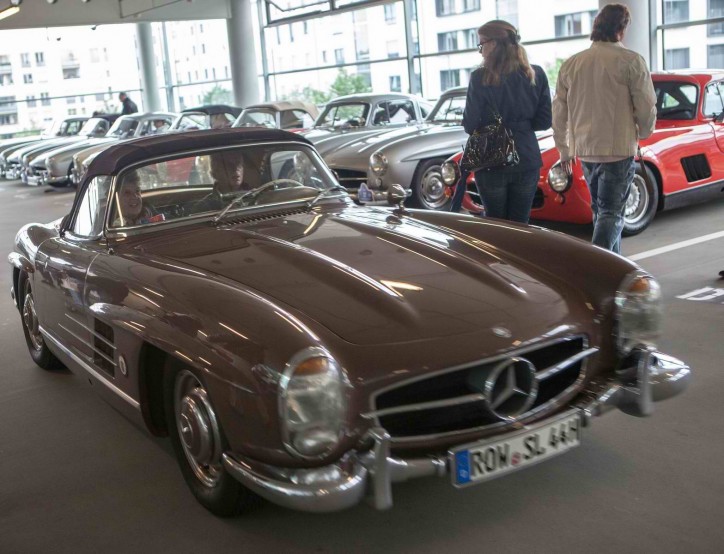 Last week, more than 80 Mercedes 300 SL units were showcased in Munich. The event was organized by the Mercedes-Benz dealership of the area to celebrate the 35th annual gathering of the members of the Mercedes-Benz 300 SL Club e.V.

The affair was not only limited to European participants as other SL owners from the U.S., South Africa and other countries also attended it, according to a GT Spirit report. Mercedes 300 SL cars produced between the 50s to the 60s were highlighted there.

The iconic vehicle is the most popular classic car of Mercedes-Benz. It was featured in several Hollywood movies from Clark Gable’s time up to the present.

The Mercedes 300 SL remains as a hot commodity among car collectors too.  The vehicle is considered to be among the hottest products in auctions. These cars usually fetch more than $1 million during these events, and some even make it past $2 million.

Check out the photos of the event here, which were brought to us by GT Spirit:

The classic Mercedes 300 SL with its spiritual successor, the SLS.

The Mercedes 300 SL is considered to be the fastest production car of its day. It has a 3.0-liter fuel-injected engine capable of giving off more than 212 hp with a max torque of 202 lb-ft. The auto comes in rear-wheel drive, and its power is distributed through its four-speed manual gearbox.

The Mercedes 300 SL is the spiritual predecessor of the SLS. The SLS is already in its final production run this year as Mercedes is currently preparing for the launch of its successor, theMercedes AMG GT. 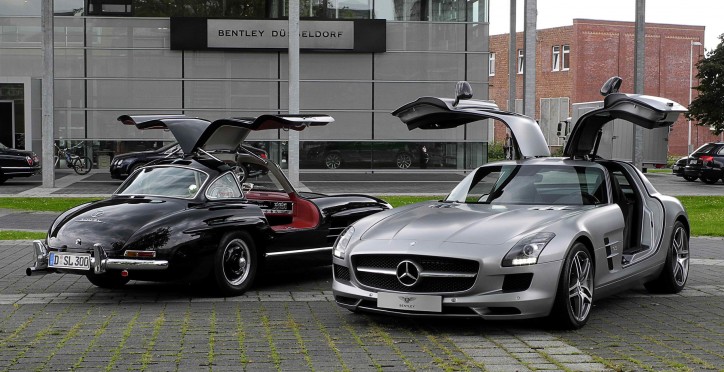 The classic Mercedes 300 SL with its spiritual successor, the SLS.