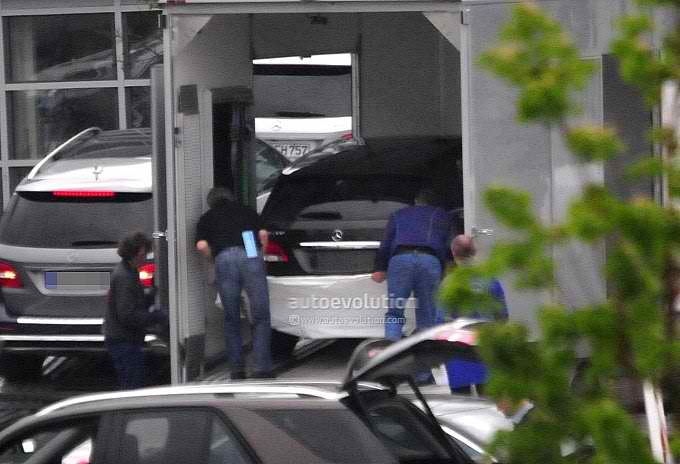 Last month, we have shown the facelifted Mercedes-Benz B-Class spy shots. Recently, new images of the vehicle surfaced again, which showed its bare rear exterior as it was being loaded to a container behind a truck.

Despite the low quality of the pictures, we can see that the back of the vehicle bears a striking resemblance to its current model. Even the dimensions of the soon-to-be-released Mercedes B-Class version seems to remain the same.

The taillights, rear bumper and exhausts appear to have received minor tweaks though. Particularly, the turning signals at the back looked to be repositioned.

Check out the photos below for the latest spy shots of the slightly redesigned Mercedes B-Class, which were provided by autoevolution:

Other Likely Enhancements of the New Mercedes-Benz B-Class

Among the other rumored enhancements in the remodeled Mercedes-Benz B-Class are twin-xenon headlamps, headlamp cleaning system, improved navigation and infotainment systems, plus optional LED headlamps.

In our earlier report, we have stated that the engine specifications for the turbo and diesel variants of the auto would probably remain the same. However, based on the source, the 1.6-liter diesel four-cylinder engine sourced from Renault might make it to the B 180 CDI and B 200 CDI variants.

It is also possible that the CDI moniker of the segment would be replaced with BlueTec, said the article.

The debut of the improved Mercedes-Benz B-Class is not confirmed yet. But, MB Passion previously mentioned that it may be unveiled at the 2014 Paris Auto Show to compete against the new BMW 2 Series GT.