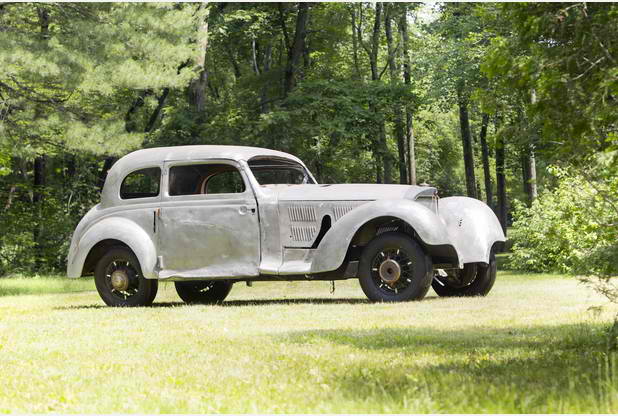 An Aktion P Mercedes 540K will be hitting the auction house on June 27. According to Western Morning News, the vehicle is expected to fetch up to £700,000 or approximately $1,175,440 in the auction that will be facilitated by Bonhams.

However, the catch is that the car will be sold in its junk form, as shown in the picture above. So, what makes a piece of scrap like this get a price like the most sought-after Mercedes-Benz 300SL?

Based on the source, the Aktion P Mercedes 540K is only one of the 20 models built around the world. Also, it carries a colorful history.

The report said that the manufacture of the limited-edition armored Aktion P Mercedes 540K was commissioned by none other than Germany’s most influential man during the Second World War, Adolf Hitler.

The article stated that the Leader of the Third Reich was so devastated by the death of one of his top aides in the Nazi Party, Reinhard Heydrich, in 1942 during a grenade attack while inside a vehicle. Thus, he immediately ordered a fleet of high-performance armored cars to protect his very important political allies.

The “P” in the name of the car stands for “Panzer”, which is a very hard metal armor used in military that can withstand strong impact caused by light explosions and bullets. Experts say there are only three of these that have made it in the present.

The Aktion P Mercedes 540K here was found by a car collector sitting along with a load of scrap metal at a barn in Estonia in 1992. After a deal was made with its owner, it was flown to the Connecticut where it remained up to this day in its reassembled junk form.

Despite its current status, the auctioneers are still confident that there is no shortage in the demand for the Aktion P Mercedes 540K, and that the projected price will be reached even if the buyer will have to spend several thousands in the restoration of the unit.