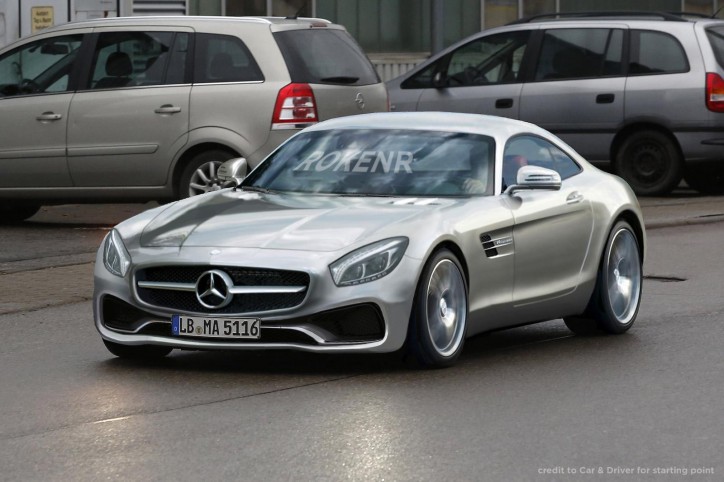 The Mercedes AMG GT promises to deliver top performance in terms of power. After all, it will not be just a “luxury sports car”, but rather, it would be a “pure sports car”. The new sports car of Mercedes AMG is groomed to compete with the Porsche 911.

Last time we have seen renders and spy videos of the soon-to-be-released sports car of the German automaker. Then, the official preview of the Mercedes AMG GT was brought to us recently, which showed a brief top view of the car without a camouflage.

Now, Mercedes once again teases its upcoming sports car by releasing some of its sound clips. Tune up your speaker and hit the videos below for a closer feel of the new sports car’s engine sound:

Above is the sound of the car in startup while idle.

This one is how the sports car’s engine sounds like at low revs.

The last one displays the noise that the vehicle emits at high revs.

Based on insider info, the Mercedes AMG GT will carry a 4-liter twin-turbo V8 engine within its hood. Some reports say that it might even be a 5.5-liter V8. However, everyone seems to agree that it will likely churn out 500 bhp.

There are also speculations that the Mercedes AMG GT will be further enhanced down the road with a Black Series variant, which will be more track focused.