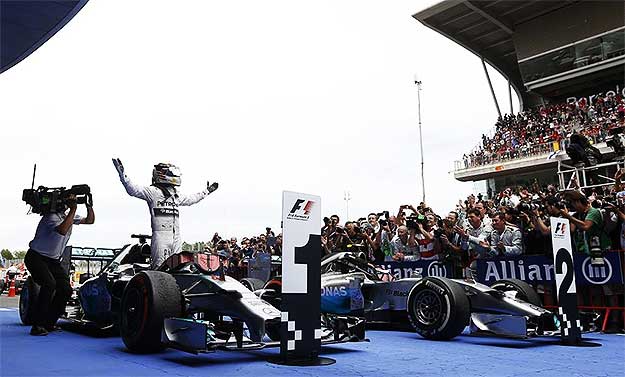 It’s no secret that there is an animosity between Lewis Hamilton and Nico Rosberg lately, which escalated when the German took the escape route in the final lap of the qualifying race in Monaco. The incident triggered yellow flags, which slowed down the rest of the field and cost the Briton his pole position.

The pole position then provided Rosberg the advantage that eventually led his victory at the Monaco Grand Prix. The win also enabled the son of Keke Rosberg to snatch back the first position in the overall ranking of the drivers in Formula One.

However, based on interviews, it is only Hamilton who is having issues with his teammate as he even mentioned that he is “not friends” with Rosberg. He cleared out that they are only colleagues, despite other claiming that they have always been friends and they have a good working relationship together.

After the qualifying, Hamilton was so incensed as he told reporters that he should have seen the action of Rosberg to go to the escape route coming. With his frustrations, he only came up short of saying that his teammate is a cheat.

Then, in the aftermath of the Monaco Grand Prix, the blog of NBC Sports called MotorSports featured the interview of Hamilton wherein he expressed his pent-up  frustrations with the strategist of the group.

The incident happened when Adrian Sutil collided with the exit tunnel and the safety car was deployed, which prompted competitors to pit their vehicles.

The two Mercedes drivers were the two to emerge across the incident. The safety car was not yet deployed when Hamilton came to the pits, so he wanted to stop in order to anticipate it. However, Mercedes refused and advised him to go in the same lap as his teammate.

Hamilton questioned the decision over his radio. “Why didn’t we pit? I knew we should have stopped,” the source quoted him.

Peter Bonnington, the engineer of Mercedes, told Hamilton that he would not be stopping again and that his only way to pass his teammate is on the track.

“When I was at McLaren we had two strategists and the strategy from my strategist was to get the best overall result for me,” the Briton pointed out. “Unfortunately we have one overall strategist, and he’s amazing, but unfortunately the role in the team is that he has to look out for the number one and the guy in second has to come second.”

“I knew from the get-go that I had a lesser opportunity to win the race and I needed a miracle to win at a track like this,” he added.

“An opportunity occurred where I could have come in,” he said. “When I was at McLaren, l would have been pulled in on that lap, and that may have given me the smallest advantage to get the jump over the safety car,” he further stated in his frustration.

In an attempt to get the acts of the Mercedes drivers together, Toto Wolff said that he will intervene if tensions between Hamilton and Rosberg do not cool down soon.