SEND US A TIP
Electric, Smart
0

Dr. Zetsche Believes that the New ForFour will be Successful 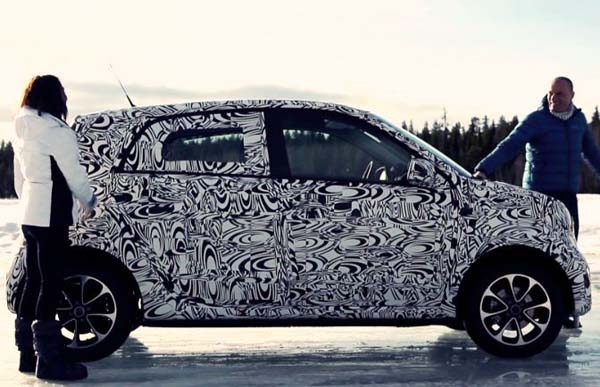 The camouflaged new ForFour of Smart.

The first generation of the Smart ForFour was a flop during its three-year production run in the market. The dismal performance of the variant made some think that Daimler may be dropping the ball on its Smart car brand. However, a report from Automotive News said that Daimler CEO Dr. Dieter Zetsche is not giving up on their Smart marque yet.

Dr. Zetsche stated in an interview that he is confident with their new ForFour. He said that it would help the ailing Smart division to achieve its commercial success and get its first profit.

The Daimler CEO stated that the reason why the first generation of the ForFour failed is because it lacked the proper “smart genes”. It was more like the 2003 Mitsubishi Colt than a smart vehicle, he pointed out.

It should be noted that the first ForFour was manufactured at Mitsubishi’s NedCar plant in Born, Netherlands. Thus, it shared many components, including chassis and suspension with the Japanese brand’s Colt vehicle.

Dr. Zetsche mentioned that it would be different with the new ForFour this time. He explained that the new EV will have all the traits of the ForTwo. That include a wider exterior, rear-mounted engine and new smart ideas that customers will find advantageous.

On the other hand, Annette Winkler, the head of the Smart brand, simply put the upcoming ForFour as the estate version of the ForTwo.

Market Release of the New ForFour

The next-generation of the ForTwo and ForFour are expected to be launched in Europe by autumn. So far, there are no plans to offer the Smart brand in the U.S. yet based on the report.