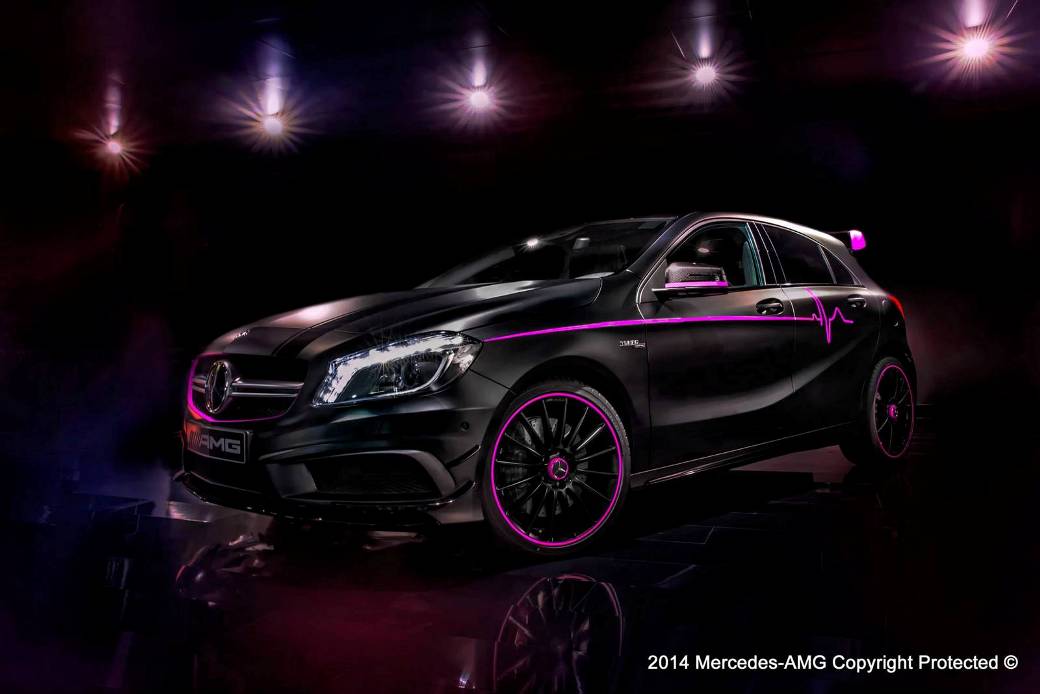 The Mercedes-Benz A45 AMG is considered a remarkable high-performance hatchback that offers both power and comfort for its drivers. This is particularly true when it comes with the numerous aerodynamic components of the first edition of the vehicle.

The A45 AMG is a beast on the road with its powerful four-cylinder 2.0-liter engine offering 355HP of power. It can accelerate from 0 to 60 mph within 4.2 seconds, which is faster than similar premium-brand hatchbacks in its class. The hot hatchback from the luxury vehicle manufacturer also features a seven-speed dual-clutch transmission and the 4Matic four-wheel-drive system, which makes it a rather unique hatchback.

Despite its sport-like appearance with its large-sized wheels and deep skirts, it appears that AMG Performance Studio wanted more for the Mercedes-Benz A45 AMG, according to a recent gtspirit.com report. It wanted to bring out the feminine side of the hot hatch when it revealed a model that it calls “Erika.” “Erika” was created mainly as a design exercise rather than a model that will go through the assembly line.

The vehicle comes with a number of new features that make it different from the standard model of the vehicle. It is also called the “Pink Panther” of the product lineup by Mercedes-Benz AMG as shown on the pink-colored accents around the vehicle.

A pink contour is visible on the wheels and grille while a pink line is found along the sides of the Mercedes-Benz A45 AMG. The line ends up with an image that looks like a heart rate monitor. The rear spoiler and mirrors also have pink-colored accents on them. The pink color is accentuated by the matte black shade of the entire vehicle.

The interior of “Erika” or the “Pink Panther” also has a number of pink-colored accents. The accents are seen on the floor mats, air vents, and sports seat. Pink-colored accents AMG logos found on the door sills are also featured on the Mercedes-Benz A45 AMG.