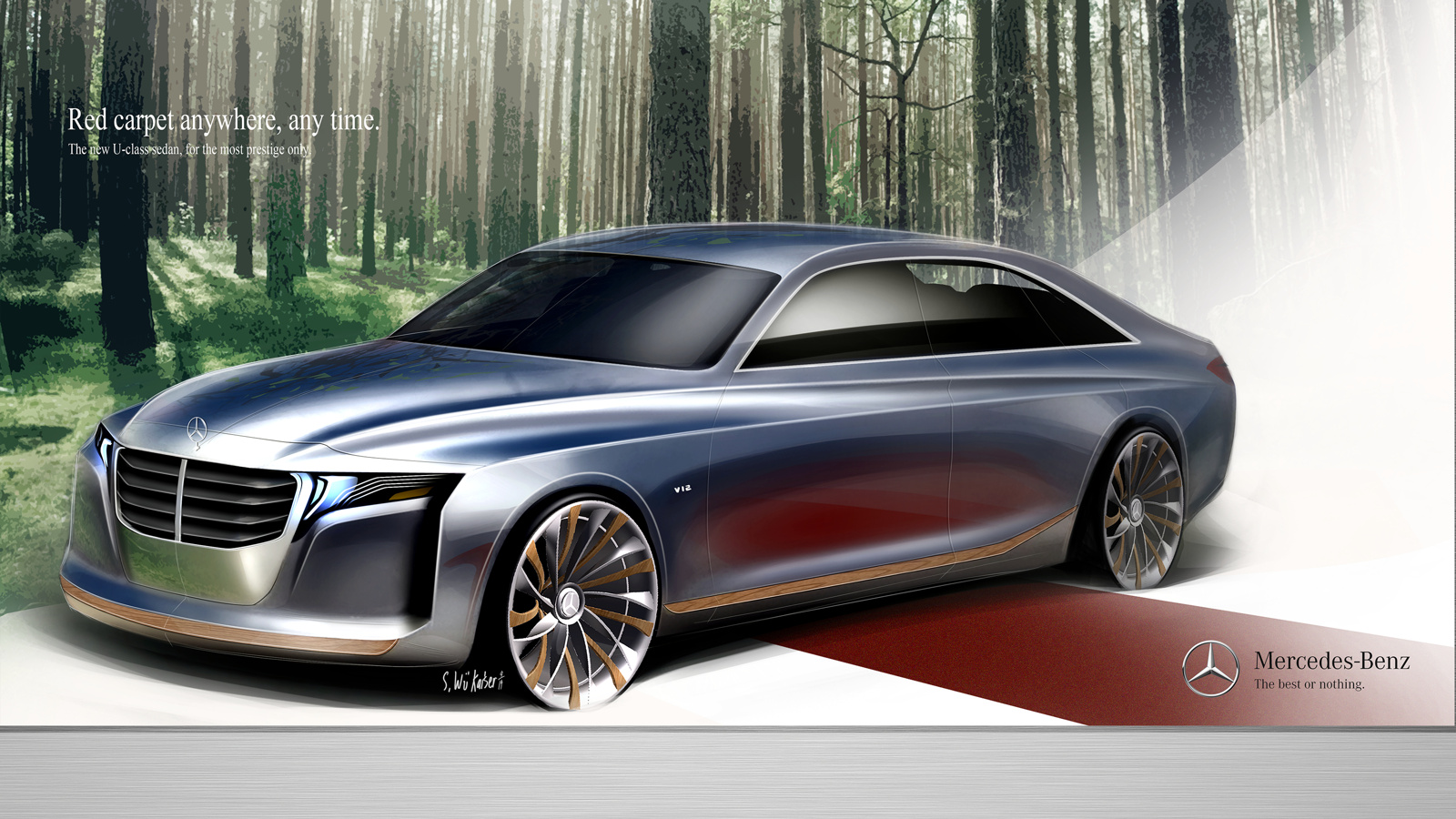 Since Daimler killed its ultra-luxury brand Maybach, there’s no longer a car that could be considered more prestigious than the Mercedes-Benz S-Class. That means customers who want a car more elite than the S-Class will just have to settle with other brands like BMW and Volkswagen for the Rolls-Royce and Bentley.

The solution that Daimler has to cater to the upper echelon of the luxury car segment is its S-Class Maybach Edition, which has a longer wheelbase than the S-Class long wheelbase version. Then, there’s  also the more enormous Pullman variant. Aside from these, the parent of Mercedes-Benz no longer has a specific brand or class that would only answer to the ultra-luxury segment of the market.

Scott Wu Kaiser, a sixth-term transportation design student at California’s Art Center College of Design, proposed a new class that would go beyond the S-Class. His suggested solution, based on a report from CarScoops, is introducing something like a Mercedes-Benz U-Class, which would exclusively address the demand for a vehicle above the S-Class.

The “U” in the Mercedes-Benz U-Class is derived from the German word “üppig” according to Kaiser. He explained that the word means “sumptuous” and “lavish”. We like to add that it could also mean “ultra” or “uber”.

In Kaiser’s rendering of the Mercedes-Benz U-Class, he described it to be measuring around 5.390 mm in length with a 3,175 mm wheelbase. He added that it would potentially draw its power from a front-mounted 6.0-liter biturbo V12 connected to the rear axle.

Below are the renderings of Kaiser, which were published at CarScoops: