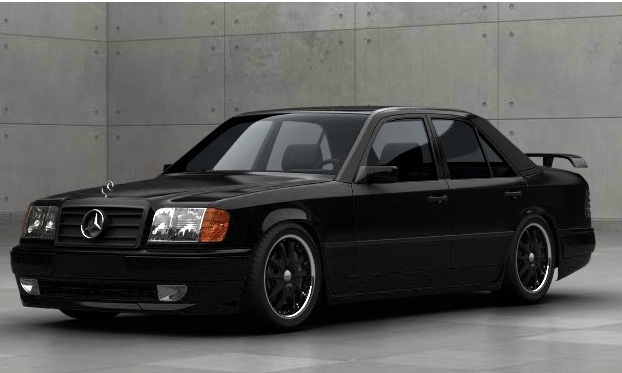 In this Throwback Thursday article of BenzInsider.com we will take a look at the first sedan that broke the 300 km/h barrier, which is the Mercedes 300 E 5.6 AMG. The car was also known as “The Hammer”— a nickname that is both cool and catchy. By far, it has the best moniker among all other Mercedes cars.

Before the car arrived in the automotive scene in 1986, the perception of people about a four-door wide-body car or a sedan is that it is only good as a family car, or in chauffeuring  rich businessmen. However, The Hammer altered the way people looked at a sedan when it finally displayed its power.

The Hammer was the first sedan or saloon car to run more than 300 km/h. Based on Daimler records, the top speed set by the car in 1987 was 303 km/h. It was so fast that it even outshined some of the best sports cars of its period. Some said that its sprint to 100 km/h  up to around 200 km/h even topped the Lamborghini Countach of its time.

What made The Hammer very powerful was its 5.6-liter V8 engine tuned up by AMG, which enabled the car to produce up to 360 hp. It was very aggressive for a mid-sized sedan during its era. Then, power was distributed through its 4-speed automatic gearbox.

The performance of the car was enhanced through its locking differential, sloping lines going to the hood, rear spoiler, plus 17-inch 10-spoke AMG Aero 1 Hammer wheels.

For the design, the Mercedes 300 E 5.6 AMG came in a black finish with chrome accents. The Mercedes logo came on top of the hood and at the front grille of the vehicle. The AMG badge stood out in the steering wheel and its interior was covered with the best quality of leather of its time.

The Hammer featured a couple of switches inside too, which apparently controlled its radio, air conditioning unit, and other comfort features. The technology may be too ancient in today’s standards, especially when comparing them to the current infotainment, CarPlay and navigational features of today’s Mercedes cars, but it was considered as “hi-tech” during its time.

Here is a video of The Hammer during Chris Harris of /Drive’s visit to the AMG plant in Stuttgart: