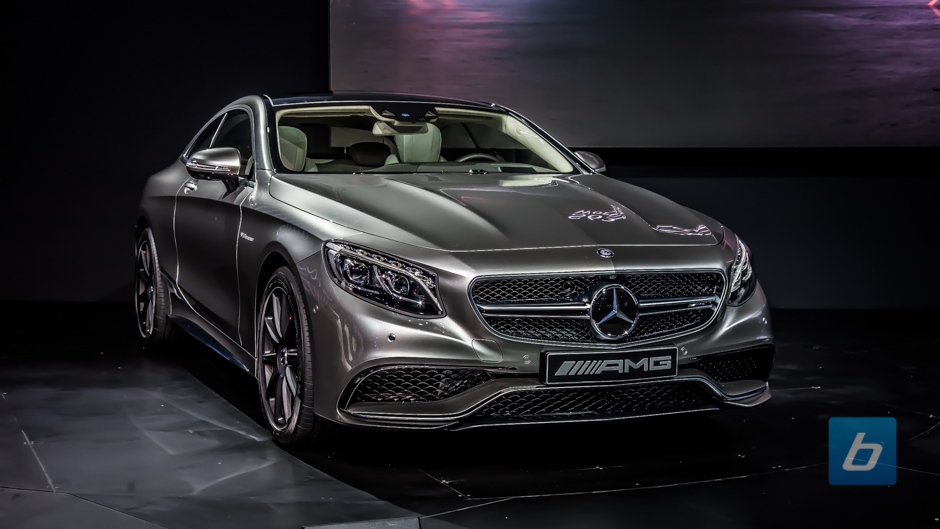 So much has been revealed already about the 2015 Mercedes S63 AMG Coupe before it even reached the 2014 New York International Auto Show.

Earlier, we have covered its specs, which feature a biturbo AMG 5.5-liter engine capable of giving off as much as 585 base horsepower and 900 Newton-meter of torque. Then, its armor’s weight has been cut down by 150 pounds while adding at the same time a couple of performance modifications to enable the car to reach the maximum speed of 250 kilometers per hour (electronically-limited) plus a sprint from zero to 100 kmph in only 3.9 seconds.

The lighter weight of the 2015 Mercedes S63 AMG Coupe also greatly reduces its fuel consumption. Its fuel-efficiency is listed at 10.1 liter per 100 kilometers lower than its CL-Class predecessor.

Among the other features of the car are the Magic Body Control, Active Curve Tilting, AMG SPEEDSHIFT MCT seven-speed sports transmission, 10-spoke titanium wheels, exhaust flaps, the unique AMG noise, plus others that were already presented in the standard 2014 S-Class sedan.

We even exposed the white version of the 2015 Mercedes S63 AMG Coupe without the camouflage in some spy photos and the black version of the S-Class Coupe in a video. So, pretty much had been said about it recently.

Finally, we can now savor the moment of its public debut at the 2014 NAIAS. Surely, the car did not disappoint because its three-pointed star definitely shined in the event. It is certainly a product worthy of carrying the flag of Mercedes.

What was seen in the show had a different finish compared to the spy photos and video that we posted a few days back. However, its beauty was nothing less than what we have witnessed so far. In fact, it was more beautiful in its actual version. The 2015 Mercedes S63 AMG Coupe at the 2014 NAIAS had a shiny titanium gray finish that truly made its lines strand out.

Check out the photos of the 2015 Mercedes S63 AMG Coupe below, which were provided by Beyond.ca: