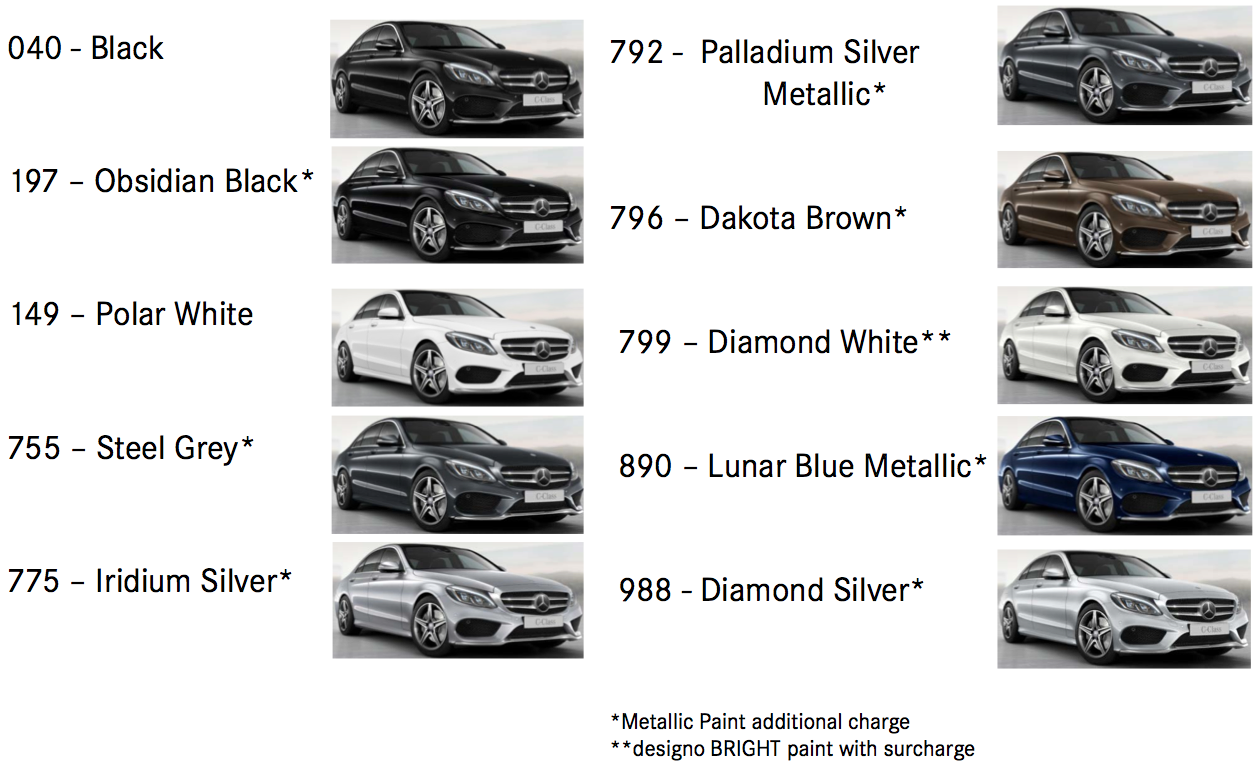 The 2015 Mercedes C-Class made its world premiere at the 2014 Detroit Motor Show. It was personally escorted by the renowned singer Kelly Rowland on its unveiling. Then, it was again showcased at the 2014 Geneva Motor Show.

In our reports covering the mentioned events, we have already revealed the key engine specifications of the car and its technological features. But recently, we got a comprehensive list of what more can we expect from one of the best-selling segments of the brand, thanks to The Benz Report. The list includes the various colors of the car that customers can choose from, the optional add-ons that they can get, as well as the respective prices of its enhancements.

Below is the  product guide of the 2015 Mercedes C-Class, which was provided by the source:

It should be noted that the order guide provided by the report is subject to change. Some of the information provided may be updated later as the market release of the 2015 Mercedes C-Class nears. Despite that, the list provides an almost complete reference for people who are looking to buy the car.

Based from various sources online, including The Benz Report, the C300 4MATIC and C400 4MATIC versions of the 2015 Mercedes C-Class are scheduled to come out in the market by September 2014. On the other hand, the C300 RWD version will be launched in the market during the first quarter of next year.