Goodwood Festival of Speed to Honor History of Mercedes-Benz Racing 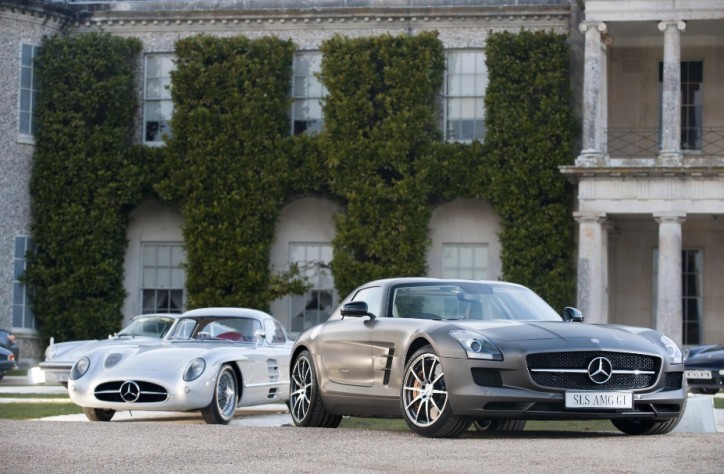 The 22nd Goodwood Festival of Speed, set to take place June 26-29 in West Sussex, England recently announced that the Central Feature of the 2014 Festival will pay tribute to 120 years of achievement in motor sports by Mercedes-Benz.

Every year the lawn at Goodwood House, the site of the Festival of Speed, is consumed by an automotive-themed sculpture for the duration of the Festival. Past sculptures have celebrated other manufacturers and historic automotive events, and Mercedes Benz was selected as the 2014 honoree in conjunction with the Festival’s theme of Addicted to Winning.

Charles Gordon-Lennox, the Earl of March and Kinrara and manager of Goodwood estate, had the following to say about the Central Feature selection: “The theme of this year’s Festival of Speed is Addicted to Winning and very few manufacturers embody that philosophy like Mercedes-Benz. To have been at the forefront of motor sport for 120 years is extraordinary and we’re proud to honour them with our most spectacular Central Feature ever in 2014.” ”

The feature is to be designed by artist Gerry Judah. Judah is a prominent artist in the United Kingdom known for his set design abilities as well as his sculpture work. In the past he has created sets for the BBC, Paul McCartney, The Who, Led Zeppelin, and Sting, among others. Judah has also created the Central Feature at the Festival of Speed every year since 1999, including a previous installation that honored Mercedes-Benz in 2001. His work has been displayed around the world, including shows in the United States, Israel, and Australia.

Judah will draw inspiration from 120 years of Mercedes-Benz racing history, including the 1914 French Grand Prix where Mercedes recorded a historic one-two-three finish. That race saw Christian Lautenschlager, Louis Wagner and Otto Salzer all finish over four minutes ahead of their nearest competition from Peugeot.

Only three of the Mercedes GP cars those three drove to victory 100 years ago are still in existence, and all three will be at the Festival of Speed. In addition to those rare automobiles, other significant models from Mercedes sporting past will be represented. These include the dominant pre-war Silver Arrows, the Mercedes-Benz C9 and Mercedes-Benz CLK GTR racers of the ’80s and ’90s, as well as classic rally and saloon cars of the last 120 years.

For their part, Mercedes-Benz has expressed understandable pleasure at the honor being bestowed on the company at this year’s festival, as the head of Mercedes-Benz Classic, Michael Bock, had the following to say: “This Summer the Mercedes-Benz family is coming together to mark a remarkable milestone. Our support of Goodwood is long-standing and I’m excited to be stepping up our commitment in June for what promises to be a fitting celebration of Mercedes-Benz cars, both old and new.”

Those interested in betting on automobile racing throughout the year can visit any gambling site for reviews of the best betting sites from around the web.

For more information on the Goodwood Festival of Speed please visit the festival homepage.