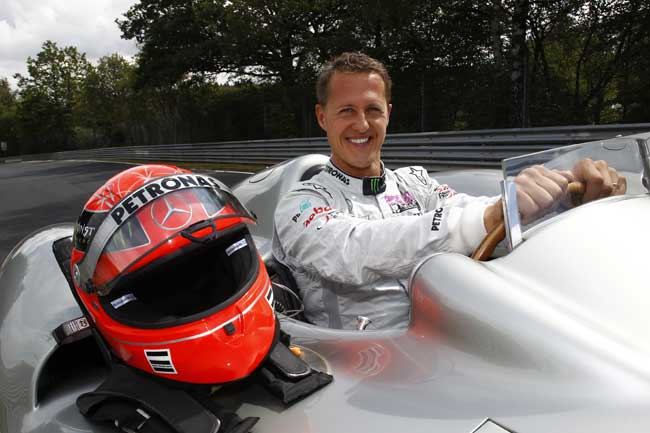 Mercedes-Benz brand ambassador Michael Schumacher is in critical condition after the seven-time F1 champion underwent brain surgery needed as a result of an accident while skiing in Meribel, a ski resort in the Tarentaise Valley in the French Alps.

The surgery was needed for Schumacher’s serious head trauma, and the official statement from the hospital says “he remains in a critical condition.” The press statement is signed by a neurosurgeon, the Grenoble University Hospital Center’s deputy director Marc Penaud, and an anesthesiologist.

Schumacher, whose 45th birthday is only a few days away (January 3) suffered “serious brain trauma with a coma” requiring an “immediate neurosurgical operation” after hitting his head on the rock while skiing. He was wearing a helmet, but that was not enough to prevent serious injury to Schumacher’s head. The press statement after the operation makes no mention of whether or not the F1 star is still in a coma.

In order to oversee the German motorsport legend’s treatment, there was even a specialist neurosurgeon flown in from Paris.

We here at BenzInsider are saddened to hear this news, and we hope that Schumi makes it through this operation and recovers quickly.