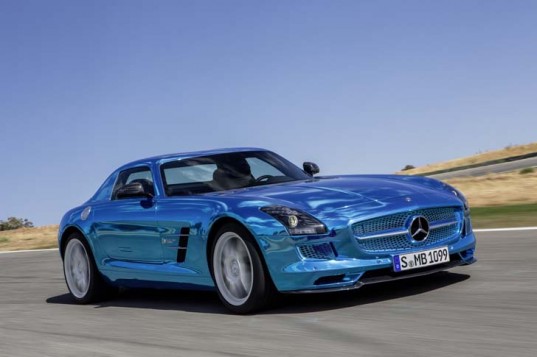 Before, sound engineers at Daimler are focused on keeping engine noises minimal or less irritating to the ears. But upon the arrival of the automaker’s new electric cars, they now have to do the opposite. That is to create engine sounds.

According to Bloomberg, Christoph Meier, a sound engineer at Daimler, and his team have just invented something called “sonorous purring”. This new technology aimed at electric cars aims to provide an engine noise which is pitched higher than conventional autos. On the other hand, the Mercedes SLS AMG Coupe Electric Drive will get huskier tones to reflect its macho image.

Meier stated that people tend to expect some sort of exterior noise from vehicles, simply because we all grew up with the familiarity of the “vroom, vroom” sound from combustion engines. So, that’s basically among their primary motivation of creating sounds for their electric cars.

Although no data is available yet about people getting run over by electric cars, experts believe that engine noise plays an important role in warning pedestrians or other motorists. This would come in handy specially for visually impaired individuals.

Daimler recognizes the importance of sound in road safety. Thus, it has made a standard engine tone for its electric cars in US, Europe and Japan. As a precautionary measure, the company does not also allow the driver to manually switch off the false engine sound.

The European Union recognizes the potential threat that a silent car can bring about to people too. So, it is currently drafting a legislation that would make acoustic warning sounds mandatory based on the source. Guidelines for its global implementation are expected to be prepared in early 2014 as well.