SEND US A TIP
Company, G-Class
1 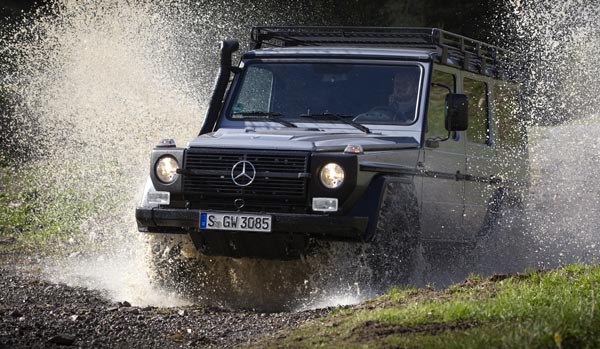 Out with the old, in with the new. That’s what the Swiss Army is set to do as it seeks to replace its PUCH all-terrain vehicles with some new Mercedes-Benz G-Class 300 CDI units that are superior in terms of technology to the incumbents that have already been in service for around 20 years.

The decision was arrived at following some tough tests and evaluations by armasuisse, and there were three other contenders for the distinction of being the next all-terrain vehicles procured by the Swiss Army.

According to the statement by Mercedes-Benz, armasuisse opted for the G-Class for a variety of reasons, including proven robust technology and how the vehicle allows for simple operation. Armasuisse is the competence center for procurement and technology of the Swiss Army.

Military tests included running through an area of mountain passes that are prevalent in Swizerland, troop deployment, and low-temp tests. These tests were done using samples of the four contenders.

Around 75 percent of the procurement volume will be made up of 4-seater station wagon G-Class variants, while the remaining order will be comprised of the chassis variant that come with shelter-type bodies.

The order is set to gradually take the place of some 4189 PUCH 230 GE units currently in service.