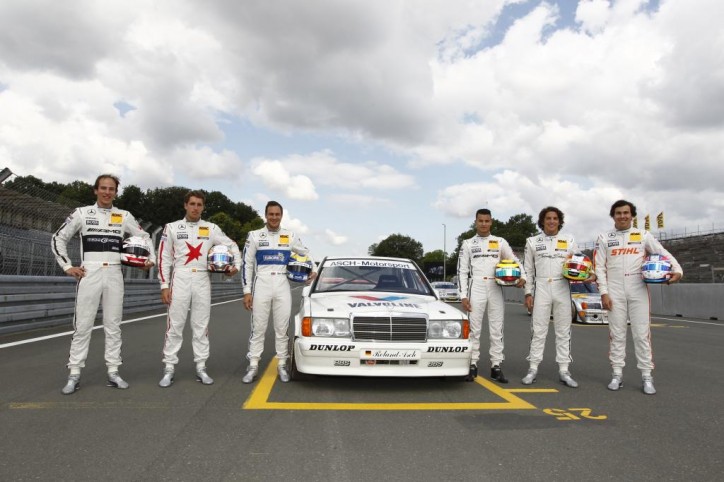 In a result that surprised even himself, a Mercedes DTM team junior driver outpaced his more experienced teammate and grabbed pole position for the 5th race of the season. Canadian Robert Wickens, drove the STIHL Mercedes AMG C-Coupé to the primary grid position for Sunday’s race with a lap time of 48.384 seconds. Said Wicken, “At first, I was speechless. Now I’m going to concentrate on getting off to a good start, and hopefully things will carry on like this for the race. The Norisring is a very special circuit for me. I scored my very first DTM points here in last year’s race, and now it’s the place where I secured my first DTM pole position. That’s a fabulous feeling.”

Meanwhile, teammate Gary Paffett, driving the EURONICS Mercedes AMG C-Coupé is situated directly behind Wickens for the start of the race. Currently, Paffett is in third place in the championship. It’s noteworthy that at the starting grid of this fifth race of the DTM season, no less than five Mercedes-Benz driver are in the top ten. This only goes to show that aside from the engineering talent that Mercedes brings to every venue, there is the team of drivers, mechanics and support personnel who strive for excellence in their own right.