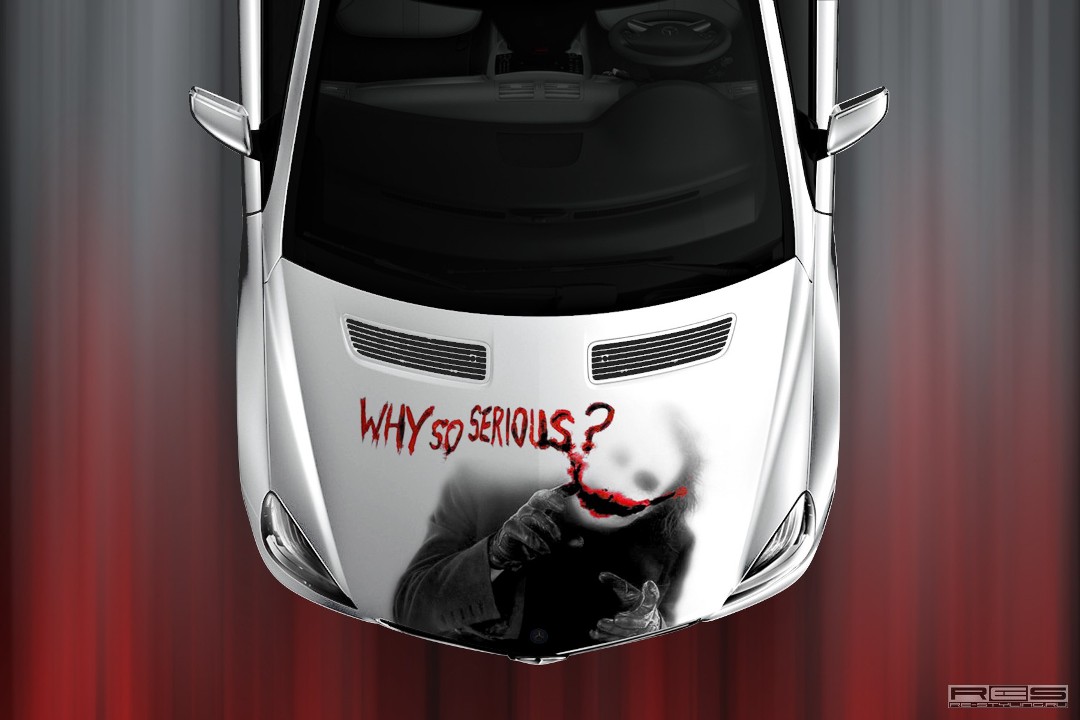 Heath Ledger is considered by a number of people to be the best person who played the Joker in a Batman movie. He played the villain in 2008 edition of the movie entitled “The Dark Knight.”

Recently, a Mercedes-R-Class was given a wrapping that paid tribute to the actor. Fans of the actor will find this tribute appealing especially if they are also Mercedes-Benz fans. The design shows the Joker on the hood of the R-Class with the text saying “Why so Serious?” The same text is also located at the rear of the vehicle.

The makeover was done by specialists from Russia-based Re-Styling. They used their creativity to bring the villain into the hood of the vehicle. The group also used the theme of the movie for other parts of the vehicle. Although production of the Mercedes-Benz R-Class may be discontinued soon, it was able to commemorate one of the best performances of Heath Ledger on the big screen.