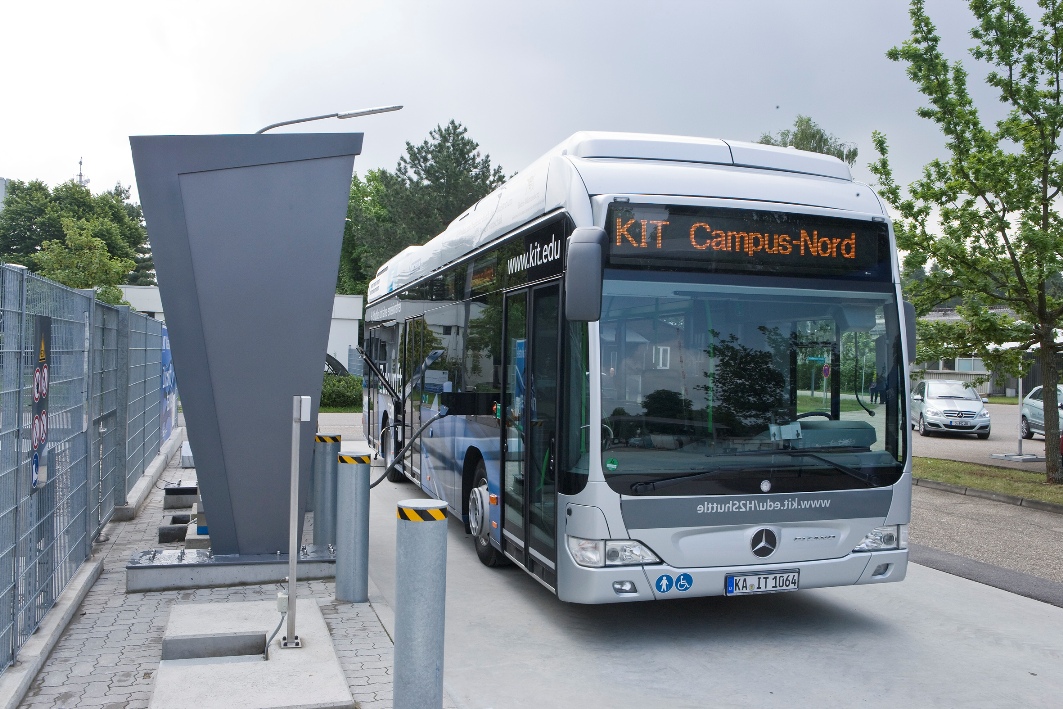 The Karlsruhe Institute of Technology commissioned a hydrogen filling station on the Campus North, which is a requirement in the introduction of mobile fuel-cell technology. The station will service a pair of Mercedes-Benz Citaro FuelCELL Hybrid buses.

Present in the June 11 inauguration of the station was the Mercedes-Benz Buses Region West Sales Head, Ulrich Piotrowski. The inauguration also officially launched the shuttle service of KIT.

Hydrogen savings of the Mercedes-Benz Citaro FuelCELL Hybrid will reach around fifty percent compared to other fuel-cell buses due to the enhanced fuel-cell components and the hybridization of the lithium-ion batteries of the vehicle. The number of tanks of the vehicle was reduced to seven from nine, which gives it 35kg of hydrogen.

Some components are linked to the fuel cell of the vehicle. The range of the fuel-cell bus is more than 300 kilometers while filling it up will take around ten minutes only through the newly-unveiled filling station. The drive system of the Mercedes-Benz Citaro FuelCELL Hybrid is also durable and practically maintenance-free.