SEND US A TIP
Trucks
2

Unimog Gets A Facelift And An Engine Boost 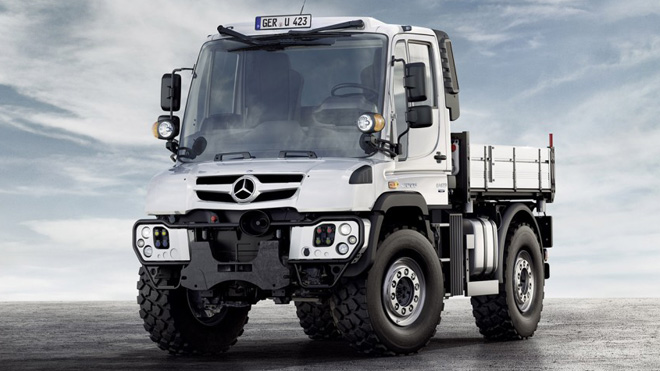 Unimog, the Mercedes-Benz variant built like a tank, undergoes a little facelift and an engine upgrade according to Fox News. The 2013 range that was recently unveiled features a little more detailed armor that include panoramic cab, new work and power hydraulics, plus synergic traction. This ensures that it has the same resiliency that can easily cross rough and uneven terrains.

The Mercedes-Benz truck also sports a 7.7 liter straight-six unit that is capable of giving off 354 hp and 885 lb-ft of torque. The so-called Daimlersaurus by environmental activists now has BlueEfficiency engines that effectively filter its emission.