SEND US A TIP
Motorsport
2 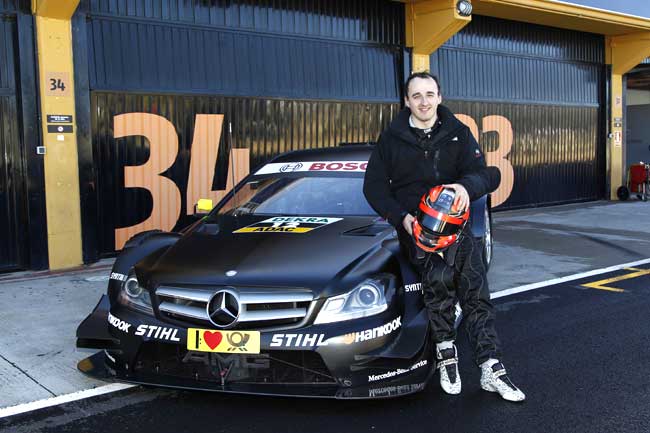 Robert Kubica, in an interview with Autosport, confirmed that he did get inside a Mercedes-Benz Formula One simulator for some laps.

“I can say yes, I was there, but I cannot say how many times or how many laps I did. But there is this rumour to which I say, yes, I was in the Mercedes F1 simulator in the past.”

Kubica continues on the path back to F1 after injuries sustained in February 6, 2011, while driving in the Ronde di Andora rally. He hit a crash barrier at high speed, and part of the barrier penetrated the cockpit. It took over an hour to take him out of the cockpit, and after the accident he had the following severe injuries: partial forearm amputation, compound right elbow, shoulder, and leg fractures, and significant blood loss.

He actually broke his right leg again after slipping on ice back in January 2012, which is why he wasn’t really involved in competitive racing last year. He did get to take a WRC car out at the Ronde Gomitolo Di Lana in September last year, and ended up winning the race.

Kubica tested a Mercedes AMG C-Coupe for DTM back in January, and now he confirms using a simulator in Mercedes headquarters. Since there are barely any details, let’s not make any hasty conclusions about all this yet.