Car2go a Hit in Seattle 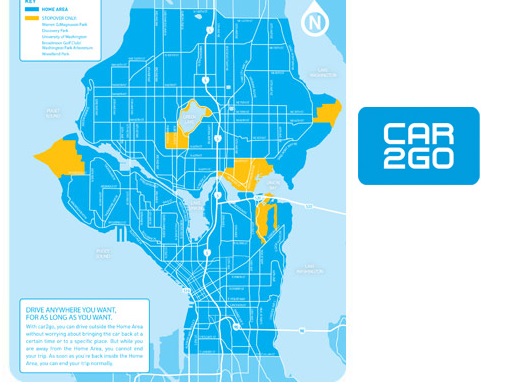 After its first 90 days of operation in Seattle, it would seem that the car2go carsharing service is a hit. There have been 18,000 registrations over those first 3 months, showing that the city has embraced the point-to-point carsharing program with open arms.

Seattle is a City that embraces new and innovative forms of mobility and has provided its residents with a diverse transportation mix,” said car2go North America president and CEO Nicholas Cole.

According to Seattle councilmember Tom Rasmussen, the success of and demand for the service “has been so overwhelming,” so much so that he will be introducing new legislation in order for the service to expand into Southeast Seattle as well as West Seattle. The expansion of the car2go Seattle Home Area should begin sometime within the month.

The Seattle car2go network includes 330 smart fortwo vehicles, and these can be shared by members in the city. According to data provided by the company, rides of car2go Seattle patrons usually take around 20 to 30 minutes, with distance covered ranging from 3 to 5 miles.

Those are just the kind of figures you’d expect from a city carsharing service. In essence, car2go offers convenient mobility, and the reception from the Seattle community has been very positive.