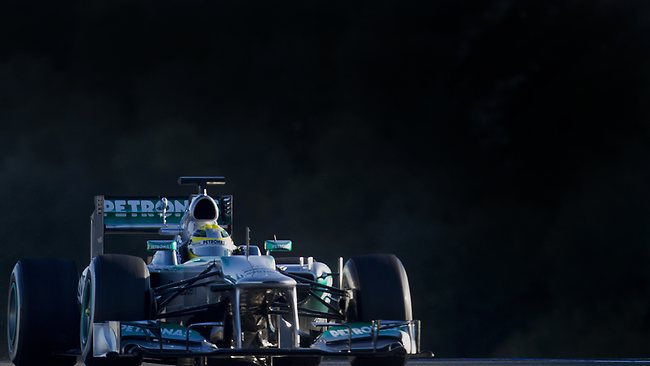 Nico Rosberg during the test.

The first day of testing of the Mercedes-Benz team in the Jerez racetrack did not go well because of an electrical fault. Nico Rosberg was the person behind the steering wheel when the incident happened. Short spikes of flames started around the rear end of the car while he was on the track. 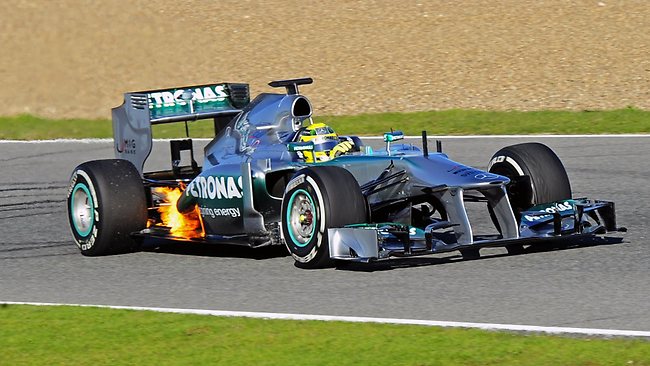 Flames are very visible around the rear end of the car driven by Rosberg.

Based on a post on Twitter made by Mercedes-Benz, their technical group is already into it. They added that the car should be ready by tomorrow.

Apparently, the cause of the problem is the wiring loom which requires some modifications. This was the part where the electrical problems originated.

Rosberg actually completed 14 laps at the Jerez circuit before running into trouble. Despite not completing the whole session, he was very positive about the car. He guaranteed that they are moving forward from their position last season.

“I can guarantee you it will be a big step forward, but of course everybody else is also moving forward and we’re hoping that we’ve closed the gap,” he said in his interview with several Mercedes-Benz news sources. “Last year it was nearly more than a second…and we have to get closer for sure and we will, we will get closer,” further said Rosberg who was definitely showing his high spirits.

Check out the additional photos below: