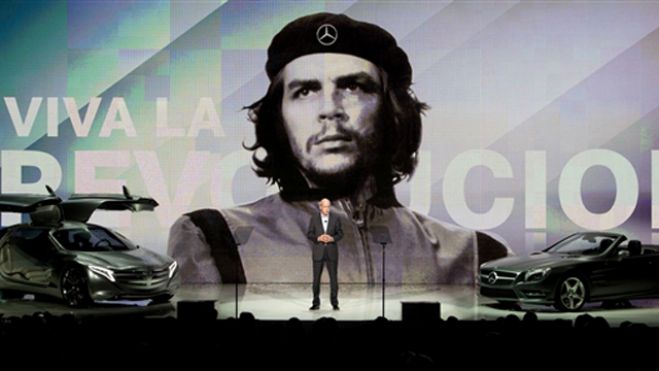 We could all agree for sure that Mercedes-Benz is definitely a revolutionary car brand. For generations, Mercedes-Benz never ceased to amaze people with their innovations in terms of performance, features, design and other awesome factors.

But when Dr. Dieter Zetsche tried to put emphasis on the revolutionary characteristic of the brand by featuring Ernesto “Che” Guevara, it sparked the ire of the key political figures in the Cuban-American community and two prominent lawmakers in the U.S. according to Fox News.

The news source said that the incident occurred during the keynote speech of the Daimler CEO at the Consumer Electronics Show in Las Vegas. Apparently, the image of the Cuban revolutionary was used by Zetsche for a brief moment during his PowerPoint presentation. His purpose was just to illustrate his point to the audience about the revolution taken by the Mercedes brand in technology. But the flashing of that image was enough to create controversy.

Daimler was quick to offer an apology by saying that it was a thoughtless and stupid decision on their part. However, it was not their intention to offend people.

Despite that, Florida Representative Mario Diaz-Balart, who was among the critics, lashed out that the apology is pathetic. He said that Che is a cold-blooded killing machine who wanted to erase capitalists from the face of the earth. Another Florida representative by the name Ileana Ros-Lehtinen said that the German automaker should be ashamed for using a murderer to promote their brand.

As a result, a Daimler spokesperson further stated that the use of the image was only viewed in a bad light. The company is not, in any way, condoning the life, actions or political philosophy of the former Cuban political figure.