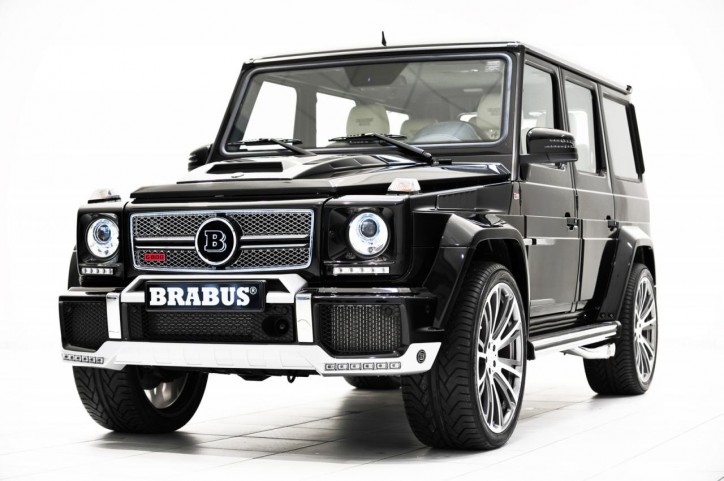 It’s not really a surprise that Brabus chose the Qatar Motor Show to introduce their latest over-the-top creation.  In that region of the world, a high performance SUV is just the ticket to overpower those endless dunes and wide open highways in luxurious comfort. Called the Brabus 800 Widestar, it’s a monster G65 with a motor puffing out 800 horsepower. Two years ago, Brabus had already released a Widestar, but this was based on a G55. With the Brabus-fettled G65, the luxury tuner has moved the bar of the luxury SUV up to a level that few, if any, can equal.

Mercedes cognoscenti know that the G65 already has a V12, all-wheel drive and a 7-speed DCT. But the “regular” G65 may have too little power for some wealthy owners, due to the fact that it has a mere 612 horsepower. So 800 ponies ought to do it. Still, Brabus isn’t reckless enough to allow an owner to use the 800 Widestar for top speed runs, it being a brick and all, so it’s limited to the standard 155 mph. It accelerates like an exotic though, even with all that weight and leather. 0-60 arrives in 4.2 seconds, which is a time no luxury  offroader seems to have a right to do.