SEND US A TIP
Gallery, S-Class
1 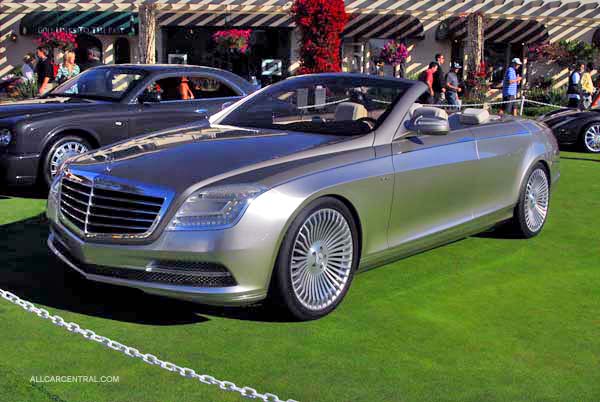 While the Ocean Drive concept from 2007 gave glimpses of what it would be like to drive around in a four-door S-Class convertible, it seems that such a car will remain exactly that, a concept.  We now know that the upcoming S-Class will have a convertible in its lineup, although it will be a 2-door version.

However, a 4-door convertible is not in the works for now because as anyone beholden to cars knows, concept to showroom is a far step, involving engineering, market studies, safety tests, etcetera, etcetera. In the case of a four-door convertible for the soon-to-be-released S-Class, it seems that it will be the engineering challenge that will prevent the car from making it to production. Because removing the roof from a car makes it more flexible, reinforcements have to be added to other parts of the structure. This makes convertibles heavier and, sometimes, still that little bit more flexible despite the added reinforcement.  Add to that the added challenge of making the pillars for the rear doors stiff enough to avoid warping and you can see how impractical such a large  Mercedes would be from an engineering standpoint.

There are convertibles out now with central carbon fiber structures that have the required stiffness, and don’t require structural modifications between the coupe and open-top versions. Mercedes, however, is not there yet. But with its recent investments in carbon fiber technologies, such a 4-door convertible shouldn’t be too far off.