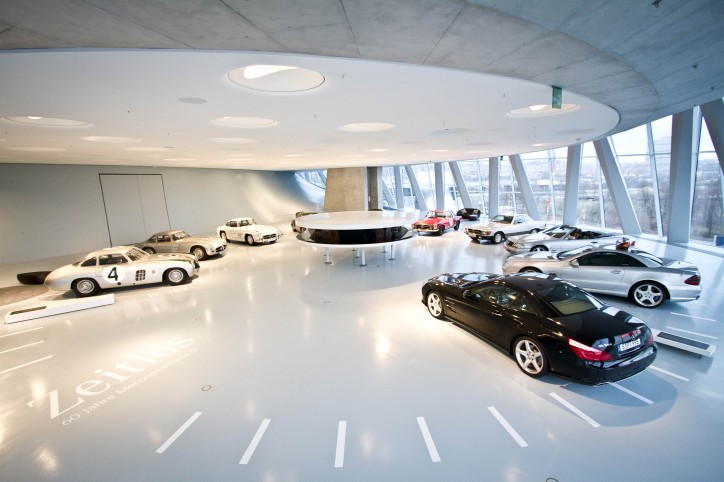 Michael Bock, General Manager of the Mercedes-Benz Museum and Head of Mercedes-Benz Classic has reported that around 722,000 people visited the Mercedes-Benz Museum in 2012. Of this number, around 30 percent were visitors from 170 other countries.  In recent years the number of international visitors has steadily increased: while only 15% of visitors in 2009 came from other countries, this figure has now more than doubled to 35%. More than that, Mr. Bock says that, after a successful anniversary year in 2011, around 4.9 million people have passed through the doors of the museum since it opened its doors in 2006.

Part of the increase in 2012 could be attributed to Mercedes’ celebration of 60 years for the Mercedes SL.  During this period, the museum exhibited the full model series spanning six decades in the same room for the first time. This exhibition was attended by over 200,000 enthusiastic visitors during its course, where the legendary SL sports car was prominently displayed. Mr. Bock further adds that “The Mercedes-Benz Museum has long been a fixture for German tourists. In an international survey by the German Centre for Tourism, the Mercedes-Benz Museum was the only automobile museum to be voted amongst the Top 50 tourist attractions in Germany.”

In 2013, the Mercedes-Benz Museum will be holding its first Star Nights in the New Year from 26 February to 10 March 2013 – with top-chefs Mario Corti of Restaurant Luce d’Oro at Schloss Elmau and Derry Clarke, chef-de-cuisine at the Dublin gourmet restaurant l’Ecrivain showcasing their skills. Says Mr. Bock, “Coinciding with the market launch of the new S-Class, we will be illustrating the long history of this model series with a special exhibition from 4 June to 22 September 2013. For decades the flagship Mercedes-Benz model has set standards for the brand in terms of luxury, comfort and safety. And with the Week of Helpers (25 to 30 June 2013), one of the many highlights for the coming Museum summer in 2013 is already scheduled.”