SEND US A TIP
Motorsport
1 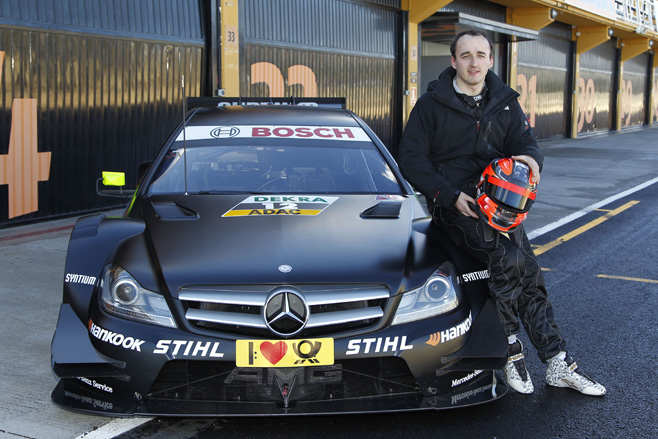 It’s been a while for former F1 driver Robert Kubica, but his latest step brings him closer to a motorsport comeback. A couple of days back, Kubica — who was severely injured in February 2011 at the Ronde di Andora rally — tested a DTM Mercedes AMG C-Coupé. His run at the Circuit Ricardo Torno in Valencia, Spain is his first proper test-condition outing on a race track since being a part of Renault in Formula One back in early 2011.

“I’m really pleased that Mercedes-Benz is giving me the opportunity to test their DTM car and I’m looking forward to getting acclimatised to a race car again,” said Kubica prior to the test drive. “It’s still too early to make any statements about my future because of this one test. I’m just looking forward to tomorrow and we’ll see what happens after that.”

It’s clear that Kubica is still a long ways off from racing in DTM, and much more so in F1. The 28-year old Polish driver has been participating in different rally events within the  past months, though, and is serious about gearing up for his comeback. He actually won a rally event (Gomitolo Di Lana) in September last year, so he obviously has a lot of fight left in him.

Let’s wait and see how things turn out for Kubica and if a Mercedes DTM driving seat is in his future. At this point, though, it’s just a test drive.