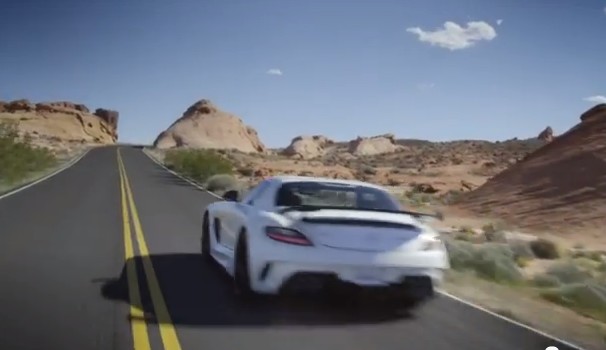 We’ve all seen the photos and read the specs about how the SLS Black Series uses its 630 horsepower V8 to good effect. Such as launching from 0-60 miles per hour in 3.6 seconds, or hitting a top speed of 315 kilometers per hour. As you and I well know, most of us can only dream of riding in such a car, much less own one. So, we just have to content ourselves with what we can grab online.

Mercedes released a video of the SLS Black Series a couple of days ago, showing it in its element. Being the longish car that it is, the SLS is supremely suited to the roads shown in the video, which have wide sweeping corners and long straights. All the better test the fierce acceleration coming out of the turns. And of course, the wide open road and absence of traffic leaves little to the imagination of what one can do with such a beast and a foot to the floor. Sigh.