B-Class Electric Drive To Be First Launched On American Shores 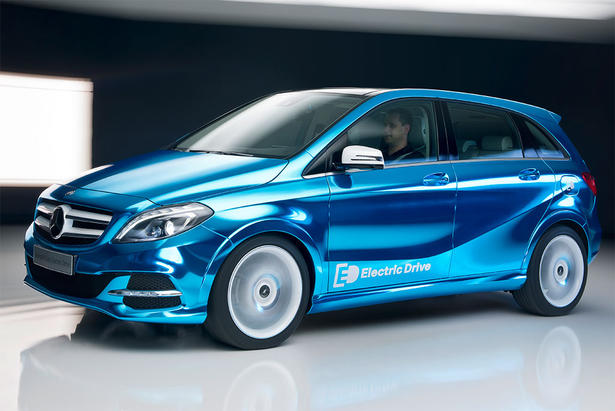 The latest news coming out of Mercedes is that the B-Class Electric Drive will be made available to the North American market before its sees dealer showrooms in Europe. Slated to be released in 2014, this variant will be classified as the W242, as opposed to W246 from which it was originally derived. The latest prototypes have been observed with revised front spoilers and side skirts, compared to what was presented at the 2012 Paris launch.

The W242 B-Class Electric Drive will be using the battery off the Tesla S, which will be mounted in the floor space in front of the rear axle. Producing 135 horsepower, the electric motor also offers almost 230 lb ft. of torque. Although it may seem paltry, remember that electric motors offer their full torque output virtually from 0 rpm, so this should give the driver perky enough performance for the urban commute. Actually, since Mercedes claims a 200 km range, the B-Class Electric Drive can even range further than what we’ve seen from other electrics so far.