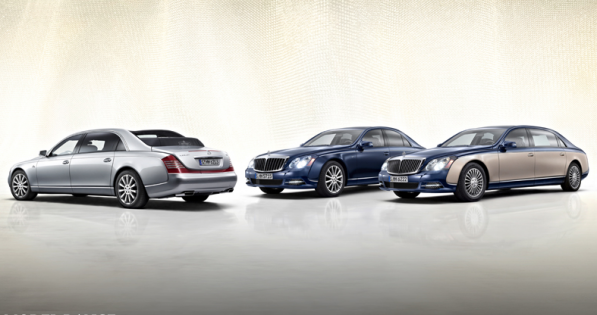 Daimler AG purchased the Maybach luxury car brand in 1960 and eventually groomed it to become a rival to ultra-luxury vehicle manufacturers Bentley and Rolls-Royce. Now, Daimler has quietly ended the Maybach saga.

Everybody knew the fate of the brand after Dr. Dieter Zetche in November last year confirmed its discontinuation. The final nail on the coffin was the new pricelist released by Mercedes-Benz USA featuring its 2013 model range. All the five Maybach models offered in the US—the 57, 57 S, 62, 62 S, and Landaulet—were listed as “Discontinued.”

With the emergence of the Mercedes-Benz S-Class, it was really a no-brainer for Daimler to pull the plug on Maybach as a brand. It was much easier to market the high-end Mercedes-Benz models given the existing and continued brand equity.

There’s no doubt that Daimler had struggled marketing the Maybach brand, with lofty expectations in terms of sales figures never really panning out. For example, in 2010, Rolce-Royce sold a total of 2,711 units globally, while Maybach sold a mere 157 cars during the same period.

Maybach production is set to continue until April 2013, just to complete standing orders for limousine models. Right now, though, Daimler is more than ready to let its S-Class line—bannered by the S600 Pullman long-wheelbase model—take over.