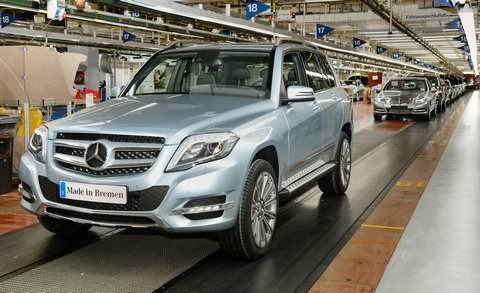 The GLK was one of the most anticipated Mercedes-Benz models since it was launched at the New York International Auto Show last April. Because of its great interior and new equipment options, car enthusiasts became excited over the compact SUV.

The design of the car was updated, assistance systems levels were raised and engines were made to be more agile. The exterior was redesigned which made it more sharp-looking and dynamic. All these, will be seen in the new GLK that rolled off the Bremen plant last June 1.

Head of Mercedes plant in Bremen, Andreas Keller said, “Our compact SUV is a hit with customers: Since its launch in 2008 we have sold over 270,000 units,” he added that, “We have integrated the new GLK in perfectly with our production. He is – like its predecessor – on the same production line as the sedan, the Model T and the C-Class coupe. ”

The car will be released in the market officially on June 29, 2012.