SEND US A TIP
China
0

Korean traders under wraps for illegal export of Mercedes-Benz 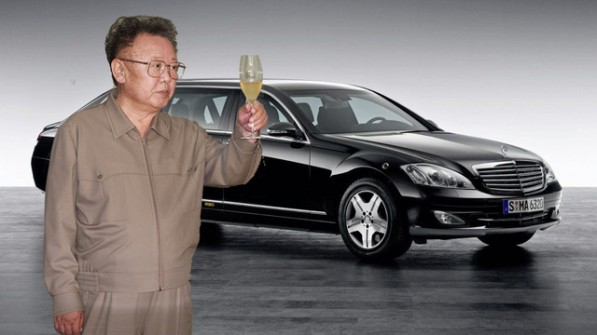 As if being arrested for supporting North Korea’s bid for world domination thru the exportation of harmless ceramic tiles enroute to Kim-JOng iL’s beloved country wasn’t crazy enough, a group of Korean traders in Tokyo, Japan were served a fresh plate of arrest warrants for another mischievous act – shipping out secondhand Mercedes-Benz vehicles.

Now, as avid fans of the brand, it is not part of our intentions to deprive our NoKon brothers of their God-given right to enjoy the fruits of German engineering. The only problem is, the Japanese government seems to be against the idea of senior NoKon officials getting command of the said fleet of exported vehicles.

Sources say that the Mercedes-Benz vehicles were intended for delivery to the Iranian Embassy north of the DMZ. Apparently not, says investigators handling the case.

The vehicles are suspectedly being transited through South Korea while the group’s ceramic exports are being shipped through Dalian, northern China. It appears that the Chinese are strictly against the exportation of used vehicles as well, thus the Korean traders chose not to bundle-deal their tiles with the Mercs and instead shipped the cars separately through their native port.

No matter how funny that sounds, this piece of news from Japan only proves one thing – that the powers-that-be in North Korea can’t resist the charm of Mercedes-Benz. Well, it’s no surprise now is it?