SEND US A TIP
Trucks, Uncategorized
1 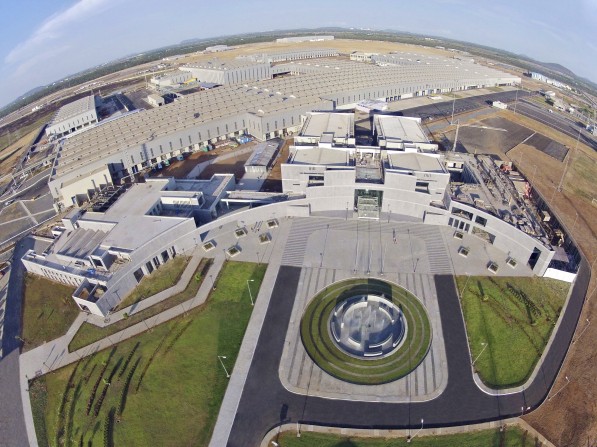 Continuing its assault on all markets, Daimler has announced the completion of a new 700 million Euro manufacturing plant in Chennai, India. Having an initial production capacity of 36,000 units per year with a possibility of ramping up to more than 70,000 units per year depending on demand, the BharatBenz plant is one of only three Daimler truck plants worldwide to combine truck assembly and components production at one location.

Followers of BenzInsider may recall the announcement of the joint heavy-duty truck venture last year. Actual start of production of the BharatBenz heavy-duty trucks are scheduled already for the 3rd quarter of 2012. Speaking in Chennai, Daimler Chairman Dr. Dieter Zetsche, explained, “Our new Oragadam-Chennai plant shares Daimler’s stringent quality standards with its sister plants around the world and is unique at the same time. It is the only Daimler plant in the world that houses products which combine Indian engineering with German and Japanese DNA under a single roof. This way, we are optimally positioning ourselves for one of the world’s strongest and fastest-growing truck markets.”