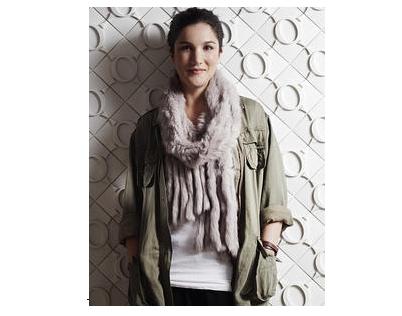 Right from the opening, the intensity could be felt from the design collaboration between Romance was Born and Marvel Comics. Stars which included Kate Waterhouse and Lara Bingle occupied front row of an old Sydney warehouse to witness comic strip prints parading up on stage.

Red mullet wigs inspired by David Bowie glided the runway along with comical armour with fans absorbing tremendous energy from the show which is now being touted as offering the most creativity in recent years. Montana Cox and Louise Van der Vorst were among the models who made the show sizzle in fashion ecstacy.

Celebrity blogger Bryan Boy was well-missed by the show’s organizers, which put on hold the start of the show for as long as forty minutes to give him time to occupy his front row seat. Meanwhile, Romance was Born’s Luke Sales reveals that they had been wanting to work with a comic theme for some time, and decided to run the show with comic-giant Marvel. Very timely indeed especially with The Avengers hitting cinemas nationwide.

More to come from the Mercedes-Benz Fashion Week in Sydney. Stick around folks!