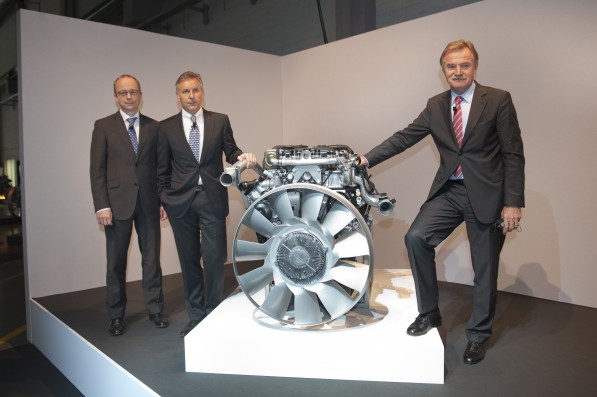 Featuring a host of innovations in diesel engine technology, Mercedes’ new OM93X series of engines for medium-duty trucks was launched recently in Germany. According to Georg Weiberg, Head of Truck Product Engineering Daimler Trucks, “The new engines set new benchmarks in their class. They have been designed in uncompromising manner for environmental friendliness, economy and performance. As such, Mercedes-Benz is once again assuming the pioneering role in environmental protection.”

These are not words to be taken lightly, as Mercedes has taken BlueEfficiency technology to commercial engine use, beginning with its pioneering compliance with the future Euro VI emissions standard. Euro VI will be mandatory in the EU from 2013/14 and this is particularly important because medium-duty engines are deployed primarily in trucks and buses, which are commonly seen in population centers. These reduced emissions directly benefit the local population. Aside from better fuel efficiency and lower maintenance costs, this new engine series features variable valve timing, which is another first for diesel engine technology.