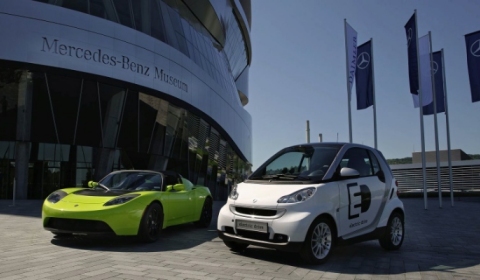 In the electric vehicle front, Tesla has announced that it is co-developing an electric car with Mercedes-Benz. In 2009, Daimler invested in this innovative electric vehicle developer, and has since used its battery packs in the smart EV. For the new vehicle being developed with the German automaker, Tesla’s entire powertrain is under consideration, which includes the electric motor, gearbox, inverter and control software.

Together with the recent unveiling of its Model X crossover, Tesla’s revenues will be helped along by this cooperative venture with Mercedes-Benz. No timetable has yet been mentioned, but with Tesla’s continued release of electric vehicles with innovative technologies, there is no doubt that their EV technology is mature enough for Mercedes.