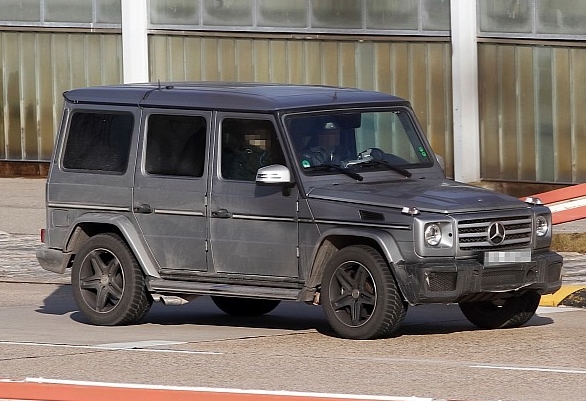 Grime-laden and ghetto-looking with its duct-taped bumper, this prototype G-Class was caught on candid camera in a recent test session. But this isn’t just any old G-Class you’re looking at, because it’s a test mule for the upcoming G65 AMG that’s being shown at the Geneva Motor Show in March.

For now, the only noticeable aesthetic changes are the bumper openings, which will have intakes for two additional heat exchangers. They will definitely be needed because under the hood will be Mercedes’ 6-liter V12, which will be producing 612 horsepower after a massage by AMG. If the G65 follows some of the cues of the G55, also expect side exit exhausts to sound off that V12 engine’s bark. If you need to ask, this top-of-the-line G-Class is expected to sell for a quarter million Euros.